Considered speed limits for trucks instead of cars from OpenStreetMap

ABRP calculates routes using wrong data dedicated for other types of vehicles.
Sure, it probably would be good to correct data on OpenStreetMap, but ABRP uses wrong type of data, anyway.

For example: A18 road in Poland is under construction for plenty of time, now. Speed limit most of the time is 60 km/h, with intersections where limit is 40 km/h.
However, ABRP considers the road to be 100 km/h, which would be correct if data for trucks is considered instead the data for cars.
Cars limit is set on OpenStreetMap to 70 km/h (wrong, anyway), but for trucks it is set to 100 km/h (very wrong).

So, again. Seems that maximum found speed is considered or the wrong vehicle type data.

i just quickly checked it but did not find the part you mentioned. So if on openstreetmap the data is wrong, you are very welcome to change it, and it will be updated and pulled to ABRP once a week. So you can always adjust it yourself, if you see that something is wrong. Once the data is entered on osm after 1-2 weeks you will automatically see the changes on ABRP.

Could you however please provide the coordinates for a section, where we seem to use truck speed so we can check on that?

closed due to inactivity 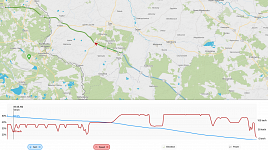 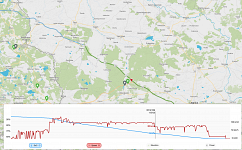 Please share a plan with the specific road where this happens.